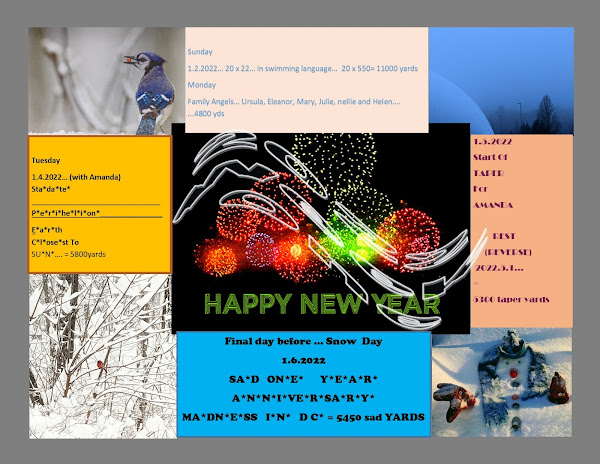 Sunrise to Sunset Swim for FOODSHARE

CARING for our neighbors, especially during these ‘strange’
Covid-19/Pandemic times, is one of our Y values I try to teach our young swimmers.
On Sunday, August 30th, I (and maybe a few young friends of mine) will be doing a Sunrise (6:12am) TO Sunset (7:26pm) swim.
I’m going to try to air this event on Facebook Live, my page, Marcy MacDonald … so you can join in virtually, ‘we’re getting pretty good at this by now’.
Many THANKS to Paul and Adele Hipsky for hosting this event.
We, my young swimmers and I, are blessed with the ability to swim and give back to our neighbors struggling with hunger.
I hope and think my young friends helping me to distract me for the 13+ hours are destined for the Open Water.
(If you live outside CT, consider a donation to your local Food Pantry)
Please help us support Foodshare and their long-term efforts to increase access to a healthy diet and stop anyone from being hungry.
It is faster and easier than ever to support this great cause - you can make your donation online by simply clicking on the link.
http://www.foodshare.org/marcyandfriends
If you prefer, you can also send your gift check made out to  FoodShare to me at the address listed below.
Marcella A. MacDonald DPM
483 Middle Tpke W, Suite 223,
Manchester CT 06040
Any amount, great or small, helps in the fight against hunger.  We greatly appreciate your support and will keep you posted on our progress.
Thank you so very much,
Marcy
http://www.foodshare.org/marcyandfriends 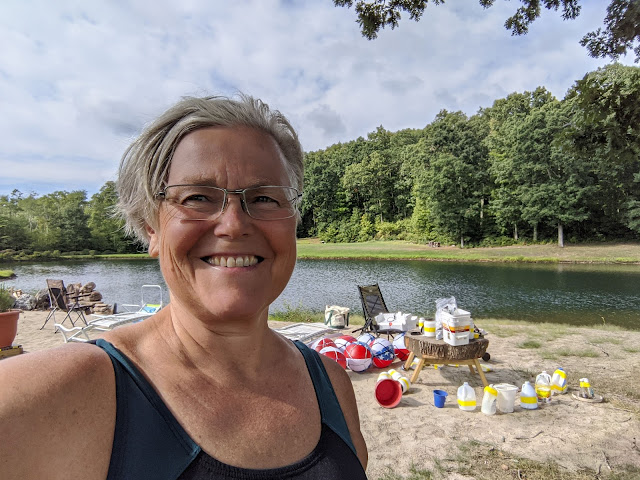 Posted by Cuttingwater at 8:20 AM No comments:

Marcy MacDonald is with Amanda Rossolimo.

Happy Birthday our dear friend John Lenard, I know you're not on FB but we'd like others to hear about this incredible man,... turned 89... grew up during WWII in and Hungary and escaped Communist Hungary.... can to the USA, a generous man, founded the Lenard Music Center in Mansfield CT... and there is so much more... such a wonderful friend to us, and the WORLD, we love you John and MISS you...and you will NOT forget how to swim, easier than riding a bike.

Posted by Cuttingwater at 5:06 AM No comments:

Posted by Cuttingwater at 6:14 PM No comments:

Posted by Cuttingwater at 6:57 PM No comments: 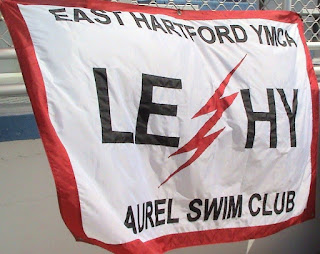 Found a science kit in our toy closet. And made Soap Eyes today. 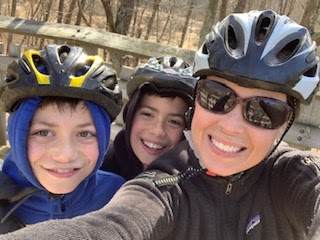 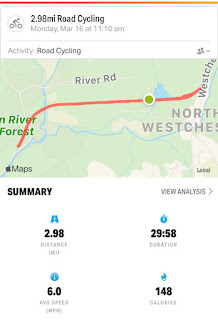 … and then Derek and Kevin are riding and being goofy 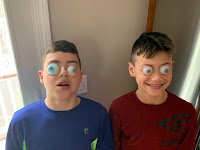 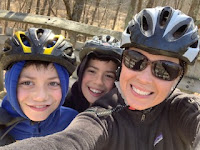 Posted by Cuttingwater at 9:01 AM No comments:

After spending the past 20 years paddling from Dover to France, it is time to venture into new waters, while helping some special people.
Soon, I will be traveling with my A-team to Scotland to swim the length of the famous Loch Ness.
As always, I try to help a Foundation raise funds and awareness and I thank you for interest and support.
I am deeply troubled with the thought of homeless individuals, especially in our US Veteran population.

That is why I am teaming up with our Connecticut-based “Homes for the Brave”. Can you imagine not having a place to call home?

Here is more information about Homes for the Brave! -Facebook pages – https://www.facebook.com/pages/ABRIHomes-for-the-Brave/199613606735630?ref=hl

- Annual Appeal with more information about our financials and programs- http://www.homesforthebrave.org/wp-content/uploads/2014/10/HFTB-2014-Annual-Report-FINAL.pdf

-Check donations can be mailed to the following address:
Homes for the Brave
655 Park Avenue
Bridgeport, CT 06604

- Donations can be made online as well: https://homesforthebrave.isecuresites.com/products/index.php?type=1110


I will always be dedicating my swimming to all those battling cancer and in the memory of 4 special people in my life. Cancer first hit my family when I was young. My grand-aunt Eleanor Kersavage, passed away with uterine cancer and my Auntie Bea Halchak battled with brain cancer.

In July of 2009, my brother-in-law, Gregory Allen Urban, who passed away, after a valient battle with lung cancer. I can see him now, talking about cars and projects around the house, music and his family.

I know Aunties, Eleanor and Bea, Nikki, Greg and all the angels will help me CUT through all this water this summer.

The St. Vincent's Medical Center Foundation, based in Bridgeport, CT provides financial support for the needs that Health insurance companies don't cover, in addition to providing affordable cancer screening, wigs, medication and other things to make life easier for those suffering with cancer and their families.

Please make a donation, and thank you.

Online donations can be made at: http://give.stvincents.org

or you can send a check through the post to:

Thank you so very much, peace and good health to all.

Fingertips pierce the surface of the water, gently but with a purpose. The arm drives the hand forward, searching for its destination, while the shoulder and hip roll downward in unison to give the arm an extra push through the imaginary tunnel.

At the exhausted end, the fingers press down, feeling for the desired water. After a slight hesitation, the shallow scoop catches the selected amount while the lungs are signaled to release bubbles. The wrist twists but remains firm. The elbow slightly bends, always in position slightly above the hand, forming a strong lever of propulsion, while the shoulder and torso add power to the cut.

The arm pulls the hand back with its desired cut of water, following a course that has been practiced many times before. The thumb guides the hand in a soft “S” curve under the body in prone position, not crossing the mid-line or drifting too far from the body.

As the cut travels under the body, the pull becomes a push while the pelvis rotates the hip just above the surface of the water. A breath is taken to fill the lungs as the raised hip gives clearance for the hand to pass under the thigh. With a final push, the hand exits the water, all muscles working for the common cause to move the water back and the body forward.

The wrist relaxes while the elbow bends and raises out of the water, as if a puppet string lifts it toward the sky. The head readies to turn and look back into the depths of the water as the arm swings the relaxed hand out and forward, pivoting at the shoulder, ready for another cut in the water.

Left, Right, the mantra continues, every cut brings the swimmer closer to transform the dream into reality.
- Marcella A. MacDonald, D.P.M.

Special links to me 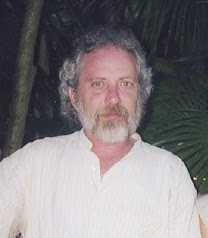 In memory of Greg